As excitement over the 2014 World Cup finals in Brazil mounts, Frontier’s economists have been getting into the party spirit in the way that only economists can: by collecting data. We have been building a rich database of club transfers, using statistical techniques to relate the prices paid for footballers to their past performance. Now we have used this work to put a valuation on different World Cup teams, and the results – putting Argentina in top place – are at odds with the bookies’ rankings. This contrast shows just what a hurdle Brazil has to jump to beat the big value teams.

Over the past few seasons, Frontier has been building a database of football transfers involving clubs in Europe’s richest leagues. This has allowed us to use statistical techniques to estimate how the characteristics of the individual players transferred (for example, their age, goals scored and assisted, and their international experience) have affected their transfer fees. As a result, we have developed a model that we can use to estimate the “value” of different players.

By picking a likely starting line-up for each country in the World Cup finals, and valuing each individual player in the line-up, we have estimated the combined economic value of each national team. The chart below summarises our findings.

Figure 1. Economic value of national teams at the World Cup 2014 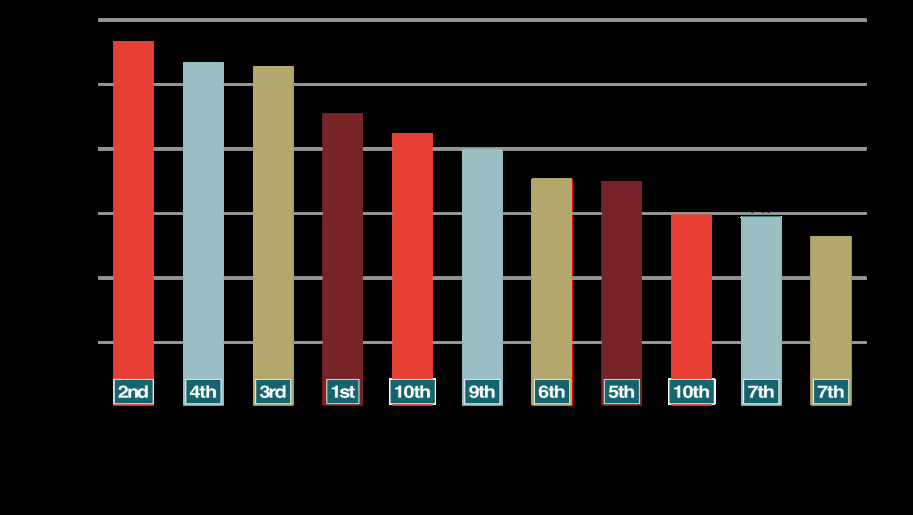 Note: The rankings according to the bookmaker’s odds are presented in the green boxes. Italy and Uruguay are joint 7th favourites, and England and Holland are joint 10th favourites.

In 2010, Frontier carried out a similar exercise, although on the back of a smaller database. According to that analysis, the most valuable team heading to South Africa was Spain – which, of course, did indeed go on to achieve its first-ever victory in the World Cup. But this time, there is an important difference in results of the analysis.

In 2010, Spain was also the bookies’ favourite – in other words, betting odds and economic calculations pointed in the same direction. This time, they don’t. Argentina tops the economic league table – Brazil, the tournament favourites, come only fourth. That’s a very big hurdle to jump.

Ahead of the tournament, we identified the top teams who – according to one typical bookmaker’s odds in the fortnight before the contest began – are the most likely to win the game’s biggest prize. Host nation Brazil are ranked as favourites, with Argentina in second place. Next come Germany, and reigning champions Spain. Belgium, France, Uruguay, Italy, Portugal, the Netherlands and England round off the top 10.

As the chart shows, Argentina has a combined team value we estimate at £284 million. This is largely thanks to star man Lionel Messi, who alone is valued at an eye-watering £130 million – nearly as much as the entire Italian team. (Without Messi, Argentina would tumble to eighth place in our table.) But Argentina isn’t the bookies’ favourite.

Defending champions Spain come second in our rankings, with a combined economic value of £267 million. Andrés Iniesta is their most valuable player (£53 million). Spain, however, only comes fourth with the bookies.

Germany comes third on both scores, with an economic value of £264 million. Arsenal’s Mesut Özil (£54 million) and Bayern Munich’s Thomas Müller (£51 million) are their star players. But the tournament favourites and host nation Brazil only make it to fourth place in terms of economic value, with a combined worth of £227 million. (Barcelona’s Neymar is the most expensive player for Brazil at £54 million.)

And meanwhile the England team, whose economic value we estimate at a sizeable £212 million (putting them into fifth place in the value table) are ranked in joint 10th place as 33-1 outsiders, according to the bookmaker’s odds. (Manchester United’s Wayne Rooney boosts the figure substantially, being valued at £47 million.)

Cristiano Ronaldo – the second highest valued player in the tournament, with our estimates putting him at £118 million – helps take Portugal to £200 million and sixth place in the economic value table. But the betting odds put them down in ninth place. In contrast, dark horse Belgium – which the bookies put in fifth place – is only eighth in terms of economic value. France comes between the two, with an economic value of £177 million giving it seventh place, and sixth place in the bookies’ rankings. Holland (£149 million), Uruguay (£147 million), and Italy (£132 million) complete the list. The chart below summarises how our rankings, in terms of economic value, differ from the betting odds.

Figure 2. The difference in rankings between the betting odds and economic value 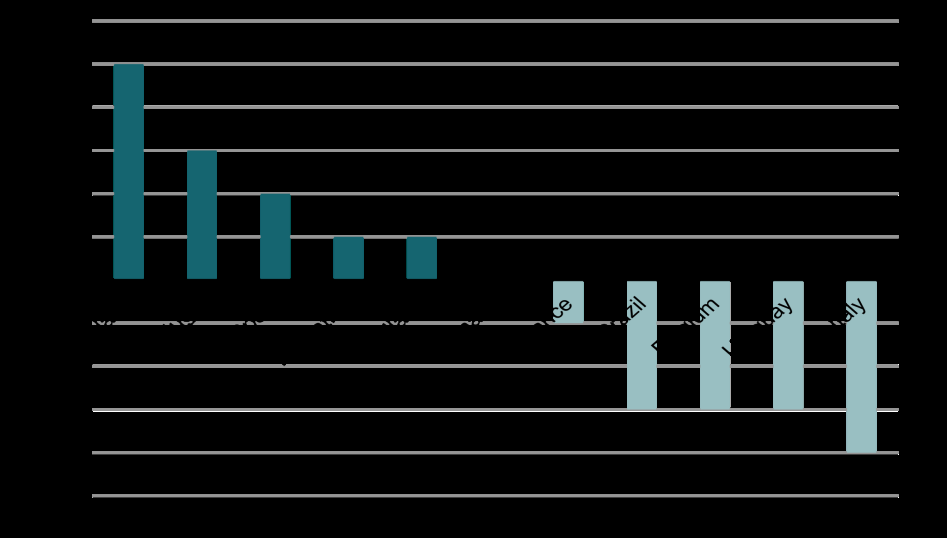 So what accounts for the differences? We’ve identified a number of factors.

Will it be enough to fire Brazil up to make it seven out of twenty for the host nations (and, more importantly, a record-breaking six out of twenty World Cup wins for the country itself?) There’s a powerful emotional tide flowing that way, but our analysis shows just how big an ask it is for the Brazil team.

For even if arch-rivals Argentina falter because Messi doesn’t quite justify the value that would be put on him for his club performance, what this analysis makes painfully clear is that both Germany and Spain have teams with significantly higher value than Brazil’s. And neither of those two valuations of the top European teams is over-reliant on one key player. Meanwhile even the little-fancied England team have an economic value barely less than Brazil’s, so ought to be able to give them a run for their money.

It’s probably because there are four (even, perhaps five) teams whose economics ought to put them in contention that these other factors are affecting the odds so markedly. Which will tip the economic scales? Time for another footballing cliché: Only Time Will Tell.